„We were connected by common passion and inspiration.
We created a product for gamers, from gamers.”

It was created in 2015, just before Poznań Game Arena 2015 fair – to personalize a product – the gaming controller G-BOB. The main office of INGACO is currently situated in Wrocław while the production sites are in Kraków, Wrocław and Łódź.

To make G-BOB better we are constantly in touch with design offices in Kraków and Łodź.

Welcome! I will tell you a story about why we created G-BOB and how we did it.

My adventure with G-BOB began four years ago. After twenty years of gaming with a mouse and a keyboard, using WSAD in the same time with other actions infuriated me so much that I started to look for some other ways to play. Nevertheless, none of the available devices on the market, like pads, joysticks or keypads, were meeting my expectations. So then a completely mad idea came to live to create a device all by myself that will let me enjoy gaming again. I run a business for twenty years but in completely other branch. During that time I learned that everything is possible, the only matter is whether you are strong and determined enough. It took me two years to create a new way of movement control. Isolating movement planes forwards, backwards, leftwards and rightwards, that was only the beginning. I found a design office in Kraków which was led by an avid gamer such as I. Henceforth the work on the project started full steam ahead.
First prototype came to live with seven buttons ( four of them were usable) and I completed Witcher 3 with it. The dream came true. My device was OK but I felt that it is not my final product. A long way through new designs and prototypes began. We also started to create a new brand, IGNACO. My brothers Michał and Paweł joined the undertaking. In 2015, during Poznań Game Arena fair, we showed G-BOB to the World for the first time. We gathered many positive opinions but also some less flattering remarks. A company from Łódź, which had technical centre and manufacturing facility, joined our project. Next year went by on constant tests and upgrades. We finally created a final product – G-BOB controller.
Today I can make it possible for players to experience gaming in a completely different way. You must try it, I think it is worth it. 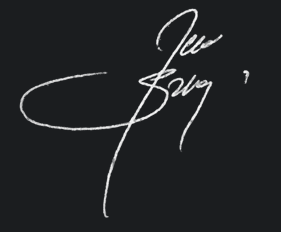 G-BOB with
my son

Like every father I love to spend time with my son.
Thanks to him I realised that G-BOB is not only my adventure but also
the young generations one.